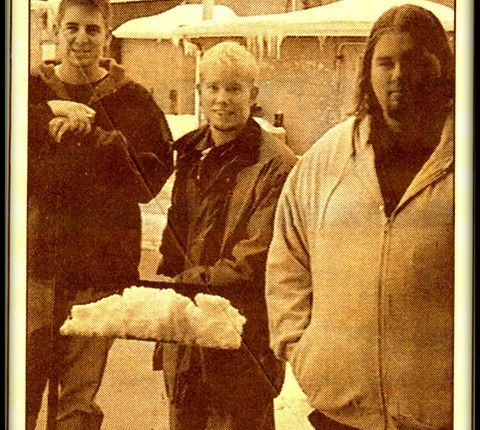 CONFESSION TIME: Back in ’99 my old buddy Jake and I were District Managers for the circulation department of the Hendricks County Flyer. During the second week of that January the snow and ice moved in heavy, and made “scheduled delivery” of the Flyer (which was free I might add) utterly impossible. And when I say, utterly impossible, I mean that Han Solo and Luke Skywalker couldn’t have done it on Tauntauns. Sorry if you don’t get the Star Wars reference. 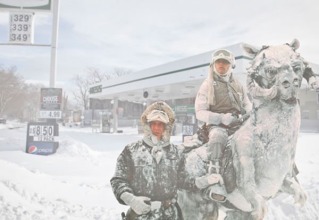 But anyway, because we were lowly underlings – minions if you will – we received a pretty severe verbal lashing from the owner of the Newspaper when he passed through the back garage and noticed there were several pallets containing some 3,000 papers that had not been delivered (actual number was closer to 30,000 – he only noticed the 3,000). I think his words were something along the lines of “[Expletive]! Get these [expletive] papers [expletiving] delivered… I don’t [expletive] care how [expletive] dangerous it [expletive] is!” He really wasn’t that bad of a guy, he just liked to yell and probably drank a little too much. Whatever the case, his message was clear: get the newspapers out of the garage.

Now, I don’t know if you’ve ever had to move 30,000 papers in less than a day, but it’s not an easy thing to do, especially when the weather has intervened and severed access to most of the roads we needed to transport them. So after brainstorming for about 5-10 minutes, Jake and I conjured up a plan – an ingenious plan. We decided, that since it was impossible to navigate the deluge of ice and snow covered back roads and neighborhoods, most of which had not been cleared or plowed, we would transport the newspapers directly to the recycling factory in Indianapolis. We could load my parent’s Blazer full of papers and take them there using interstate 70 (which was clear) the whole way. We did that three times, finishing up sometime in the early morning hours.

Needless to say, we were exhausted. But we got every last one of those newspapers out of that garage.

When we arrived back at work the following morning (actually only a few hours later), and the boss saw that our garage was completely clear and empty of papers – he treated us to a grand breakfast and had one of the reporters take our picture and give us a proper salute in the following weekend edition of the Flyer. See photo above. The boss never found out what really happened. No one ever said anything. No one cared.

The moral of the story is this… or at least this is the lesson I’ve learned from it all these years later: There are good leaders, and there are bad leaders. The good ones do their best to see what’s really there, what’s really going on, to understand and make decisions based on as many facts as they can. They want the people they’re leading to grow into better people. Bad leaders, on the other hand, see what they want to see. They care about what things look like, instead of how things actually are. They want to stand on top of the people they’re leading so they can make themselves look taller.

Don’t worry too much about the bad leaders… it’s very easy to fool them. Just clean up your own garage and let them think whatever they want to think.